Dravidian Administration - The changes in TN after 1967 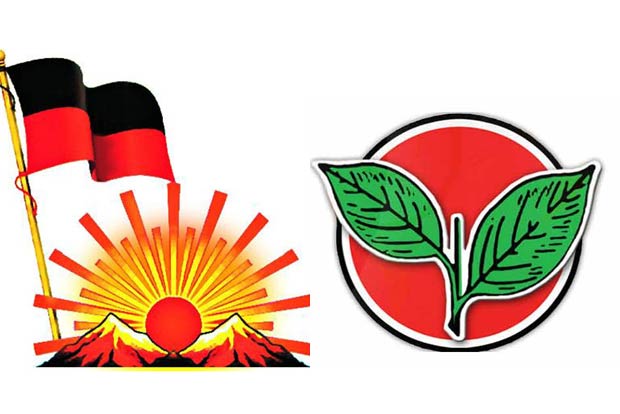 In the Dravidian administration, the concentration on increased representation of other classes in jobs brought diversity.

S. Narayan who is a student and a part of the administration had a first row veiw on the state administration of Dravidian Parties. After 1967 changes swept through Tamil Nadu following the election of the first regional party government in the state. Mr. Narayan spent two decades in Tamil Nadu before stints at the Centre, including becoming Economic Advisor to Prime Minister Atal Bihari Vajpayee in 2003-04. "I saw ideology being translated into policies, programs, and delivery. I do not think such a change happened elsewhere in India," he wrote in his book, "The Dravidian Years: Politics and Welfare in Tamil Nadu", explaining why he decided to express what happened.[1]

In 1969, Annadurai passed away, and M. Karunanidhi became the Chief Minister. The Cabinet consisted of idealists of the former anti-Hindi, anti-Delhi movements, young, educated, and articulate individuals who were keen to prove that the government could do the same, if not better, for development, than previous governments. A combination of these proposals was the policies between 1969 and 1976.

State patronage and the local party cadres in the administration were strategically used. The representations of the electorate spearheaded by local party leaders have shifted. Earlier, people had to visit the chairmen of the Panchayat Union accompanied by their officers on development issues, but now district and local party officials are representing the availability of irrigation, electricity, food grains, or the functioning of schools. Representations from the group, rather than from the elite were to be dealt with.[2]

Upwardly mobile interest groups formed, seeking the patronage of the party in power. Initially, they pointed out public grievances for redress, short-circuiting the existing administration channels, and these have developed into assertive district administration demands over the years. Representations in administration from party cadres are now the rule instead of an exception. While this helps to express public demands and complaints, it prevents the administration from looking at problems only from a single point of view.[3]

Emphasis was put on improved representation in employment and the party system of other groups. Data from the Tamil Nadu Public Service Commission shows that the caste composition of that entering government service changed significantly between 1960 and 1980, with a significantly higher proportion coming from the backward classes. Government recruitment intervention from the backward, most backward, and Dalit castes ensured that the bureaucracy's structure underwent a transition.[4] Several of the new workers came from non-urban areas and were able to understand conditions at the village level. The new dispensation was more in line with the party in power's hopes and ambitions.

In administration, the representation of Dalits and other backward classes was more pronounced at the level of the lower rung of the police and revenue authorities. The simple implementation of recruitment based on the numerical strengths of society's populations meant that the representation of forwarding castes in new appointments declined dramatically, while opportunities for backward castes and scheduled castes and tribes increased drastically.[5]

In line with their proportion in the population, the number of Brahmins recruited into government employment became lower. As a consequence, the number of entrants to government employment became even more reflective of the population's diversity of classes and castes. This move was significant. On the one hand, the proportional representation that E.V. Ramasamy had aspired from the days of the 1925 Kanchipuram Congress, was brought to fruition.[6]

This has been and continues to be a very significant step forward in maintaining social equilibrium in the administration of the state, and is instrumental in providing the services of social security and social benefit to successive administrations. Today's class composition of government service is entirely different from what it was in the 1960s and is certainly more reflective of Tamil Nadu's diversity of classes.[7] There was greater dependence on the administration of the city and District Collectors. At the district level, collectors were the enforcing arms of government policy, and the continuity of colonial days ensured that the administration remained committed to this. People who had served under colonial rule were senior members of the service at the level of the Secretariat, and the procedures and processes that continued were a continuation of those values. Narayan recalls that many sessions were devoted to the importance of the District Collector's role in ensuring coherent administration and planned growth based on hierarchically laid down policies during his probation at the training academy in Mussoorie.[8]

After 1967, the condition changed in Tamil Nadu. A party that had arisen from a mass movement was the DMK. It was important for them to, while in power, listen to and satisfy the expectations of the people. The DMK was also a disciplined party in which the top leaders had direct access to district secretaries. On problems related to day-to-day administration, the district secretaries began to communicate directly with District Collectors.

The District Collector's post became a strong and coveted one. There were experienced collectors like S.P. Ambrose, who had been in control of many districts, and in 1967, was in Coimbatore. At first, Ambrose found it difficult to alter the need to deal with the new MLAs and pointed to many instances of attempts by newly elected legislators to take the law and administration into their own hands. He said he had the support of the district ministers, as well as the Chief Minister.[9] This gradually changed, particularly after 1971, when, with an overwhelming majority, the DMK returned to power, and the party cadres had more control. The Collectors and the Secretary of the Party District became the districts' most powerful arms of the state administration.[10]

Naturally, there was a trend in promotions and the politicization of administrative cadres towards state patronage. Senior civil service members retired in those years or were deputized in senior roles with the central government, and the changes in state bureaucracy at the level of the field were very palpable. For the subsequent AIADMK regime, this was also valid.